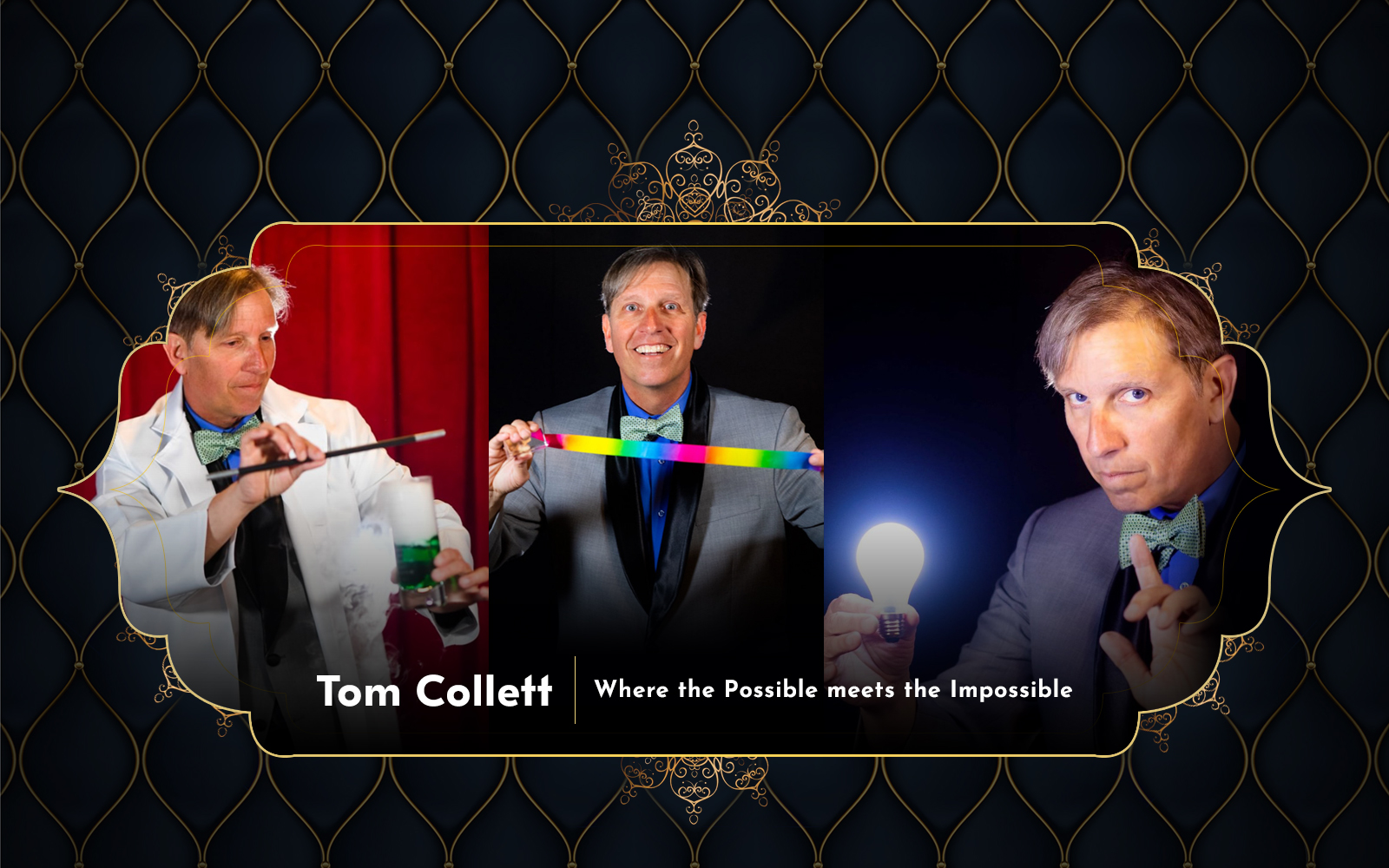 Where the Possible meets the Impossible

The Science of Magic!

Tom Collett’s passion for performing magic started when he was five years old. By the time he was eight, he was already producing his own magic shows - in his mom’s garage. Tickets were 10 cents. Popcorn was extra. Now, nearly a half century later Tom has received numerous awards for his creative, intellectually elegant magic that incorporates elements of his career as a science teacher. He has won competitions in strolling, close-up and stage magic. In 2016, he was named “Magician of the Year” by San Jose’s chapter of the International Brotherhood of Magicians.